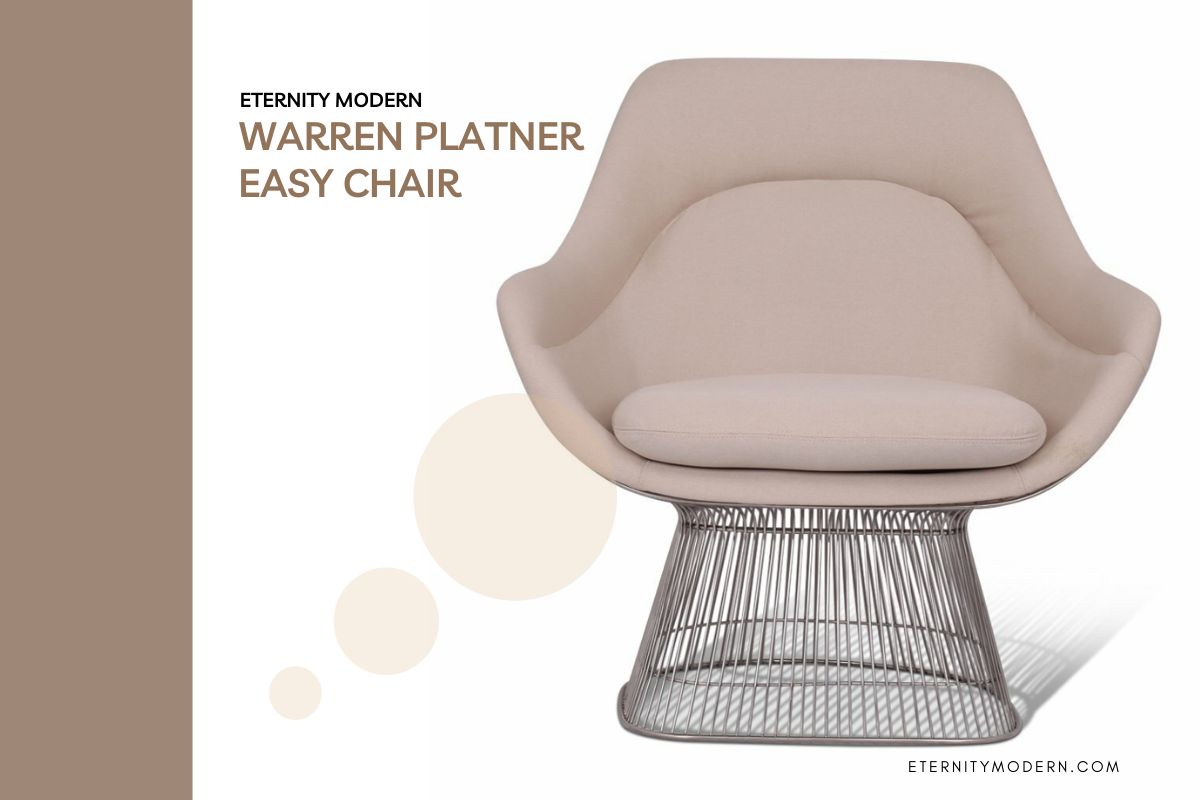 His entire body of work is astonishing! Not limiting himself to furniture, Platner was also behind some of the most enduring pieces of modern architecture.

The Georg Jensen Design Center. Windows on the World restaurant in the destroyed World Trade Center. The list goes on and on...

All of them are signature Platner designs.

But his most prolific legacy will be the contributions he made to furniture design.

In 1966 the Platner Collection captured the "decorative, gentle, graceful" shapes that were creating a buzz. The pieces are created by welding hundreds of curved, nickel-plated steel rods to circular frames, simultaneously serving as structure and ornament.

I began to think about what I thought furniture, specifically a chair, really might be, starting with the philosophy that it isn't going to be aggressively technological, or aggressively handicraftâ€¦

I, as a designer, felt there was room for the kind of decorative, gentle, graceful kind of design that appeared in period style like Louis XV  - Warren Platner

Get ready for a quiet, sophisticated revolution in your living space. Embrace mid-century modern design.