Hassock vs. Ottoman - What’s the difference? 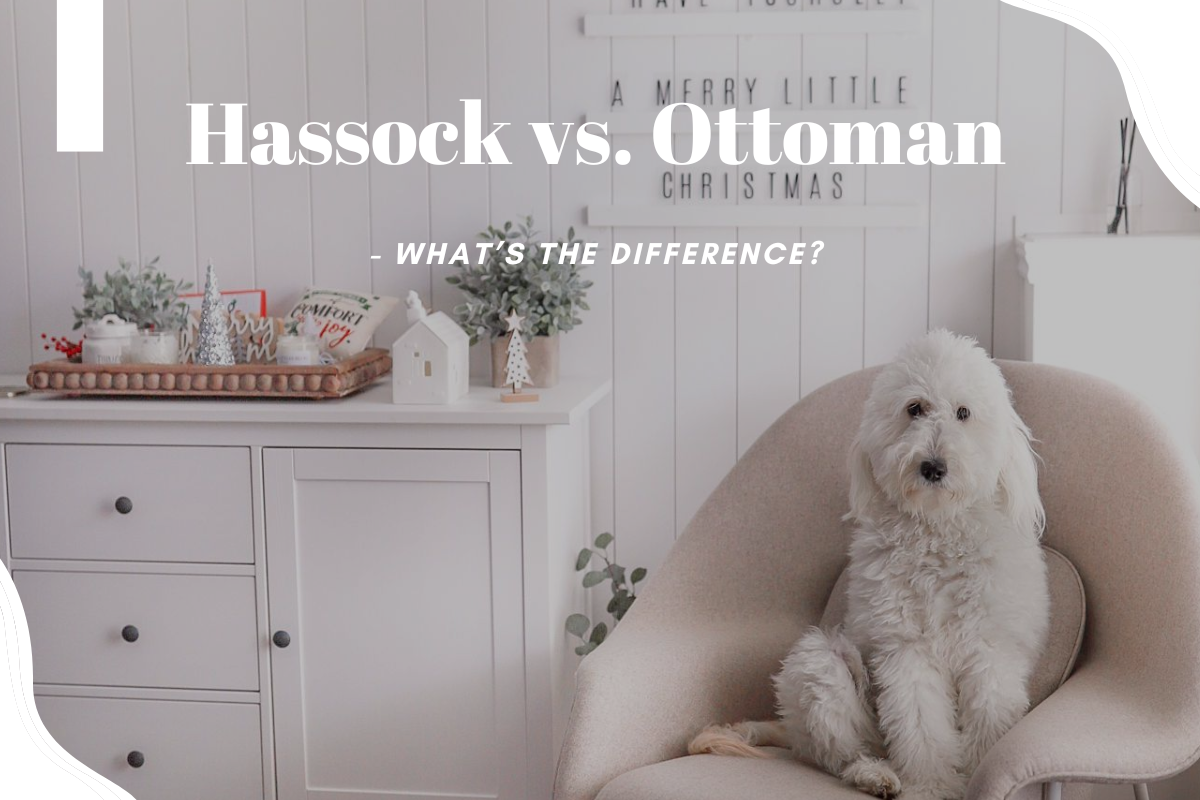 Hassock vs. Ottoman - What’s the difference?

The main difference between a hassock and an ottoman is that the ottoman is considered a low-height seat and is usually hollow inside to allow storage, while a hassock is either a low stool or a simple cushion that is padded for comfort. A hassock has no storage space.

That’s the main thing that sets these two furniture items apart. However, no matter the distinction, it should be understood that both the ottoman and hassock fall under the umbrella of a footstool. However, we’ll be looking at both of them in much more detail, so let’s have a thorough look:

What is a Hassock?

A hassock is basically a low-height stool that can be put in front of a sofa or accent chair to rest one's legs or feet. Alternatively, it can also be used as a seat itself.

Note that hassocks are fully upholstered and do not come with central storage space. They are bolstered with comfortable padding and can either be large or small, depending on the user’s needs. However, it’s important to understand that hassocks are certainly smaller than ottomans. Their preferred shape for crafting or manufacturing is round, and most of them don’t really have any legs. The ones that do tend to have them covered in fabric as well, so their overall expression is that of a large cushion.

Alternatively, there’s also a cushion that can be paired with a prayer mat that is also called a hassock. It’s used for kneeling and doesn’t have any of the qualities or height of a traditional hassock.

There are many reasons to buy a hassock, and here are a few of them:

- It’s a great accent piece: Accent furniture has a way of livening up a room. If you’re struggling to introduce a pop of color or a sense of completeness to your space, then you can simply pair one or two hassocks with your larger furniture pieces. Depending on their design and upholstery, they’ll add distinct character and personality to your spaces.

- Great decorative accessories: Accents aside, you can also use a hassock in a decorative capacity. They can be paired with a coffee table or a set of nesting tables to introduce some textural contrast.

- Perfect for relaxing: Lastly, hassocks are great for simply putting your feet up and relaxing when you’re sitting on your favourite accent chair or sofa.

What is an Ottoman?

The origins of the ottoman can be traced back to the Ottoman Empire, where it was a stool that was used to be covered with cushions. The idea was introduced in Europe in the late 18th century. The 19th and 20th century saw this piece of furniture being a part of private clubs as well as upper-class parlour rooms. They used to feature embroidered upholsteries, but later changed to leather and wool for longevity.

While the hassock is categorised as a small stool, an ottoman is considered a full seat. It doesn’t have any arms or legs, and it’s often used as a stool, but its bigger size also makes it ideal for seating. In fact, some of the larger ottomans are even used as coffee tables or side tables.

The main thing that sets ottomans apart from most of its footstool brethren is that it has a hollow space inside that is used for storage. This is why they’re quite preferred for small houses and apartments that lack storage rooms, closets, or cupboards.

Other than that, ottomans also have wooden legs. Unlike hassocks, they are not upholstered or covered by fabric.

There are many types of ottomans out there, and here’s a concise tabular compilation of them:

Here are some of the benefits that make ottomans the perfect buy:

- Highly versatile: Ottomans are incredibly versatile. They're a great fit for any part of the house. They can be featured with an accent chair in the living room or den. Alternatively, they can also be showcased at a table. In the bedroom, they can be featured at the foot of the bed or as side tables (depending on the size). Other than that, you can just as easily use them in specialised rooms like a shed or a man cave.

- Can be paired easily: The best thing about ottomans is that they can be easily paired with matching furniture items. They’re quite a staple to have with luxury armchairs, but these days, you can pair them with gliders as well. If that’s not your cup of tea, then simply use them as freestanding pieces like coffee or side tables.

Hassock vs. Ottoman - What’s the Difference?

Here’s a side by side tabular comparison of how ottomans and hassocks are different from one another:

While these days, ottomans are generally labelled as hassocks, we hope this guide helps you tell them apart. Both are a niche in the footstool genre, but they have quite a few distinct differences that set them apart.

Previous What Is A Cocobolo Desk & Why Is It So Expensive?
Next 11 Best Interior Designers In Tucson, Arizona!