Everything You Need to Know About Mid-Century Modern Design 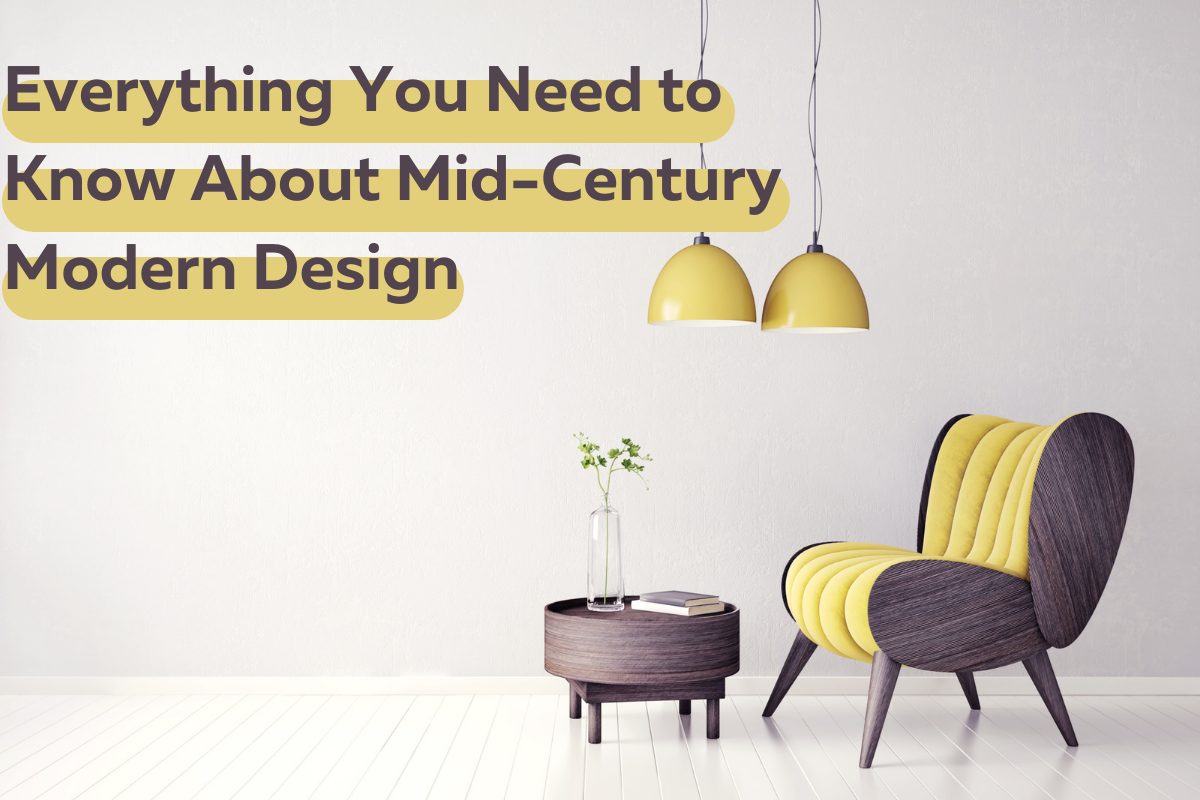 Saying mid-century modern style increased in popularity in recent years would be an understatement.

This style has become so mainstream that people consider it the pumpkin spice latte of design...

So what is mid-century modern design anyways?

The popular mid century modern daybed is a key piece in any home.

Let's go over the main components of this beautiful home decor style.

1. It Looks Back to the Future

At its most basic level, mid-century modern designers are known for juxtaposing sleek lines with organic shapes, using new materials and methods to reimagine traditional pieces such as the iconic Egg Chair, Finn Juhl Pelican Chair and Womb Chair & Ottoman.

This look is futuristic but not a total departure from the past.

While some people argue that mid-century modern has become a term for modern design in general rather than a specific look...

Part of the struggle to define it comes from how wide ranging this style is.

American modernists loved industrial materials and the efficiency of mass production, while designers in Scandinavia were dedicated to crafting furniture out of natural elements.

The result was exquisitely made pieces that were as celebrated as much for their quality as for their simplified, modern forms. The cone design represents a truly unique mid century modern office chair.

Advances in construction methods and materials made it possible for world-renowned interior designers to create the simplified, long and low flat-roofed homes that came to define this period.

As with furniture, the materials themselves were a key element in these buildings. Stone mid century fireplaces extending into the walls were a common sight in living rooms

While terrazzo floors and wooden planked ceilings ran throughout.

These are just a few factors that led to mid-century modern's popularity snowballing overtime.

Many of the exact pieces in the 1950s and 60s continue to be reproduced today.

In some cases, they're even more popular now than they were 60 years ago. Here at Eternity Modern, we're seeing that trend follow suit.

Even though we're in the age of iPhones and futuristic technology

The continuing allure and popularity of mid-century modernism lies in the ability to take us back to the past while also propelling us to dream of the infinite possibilities of the future.